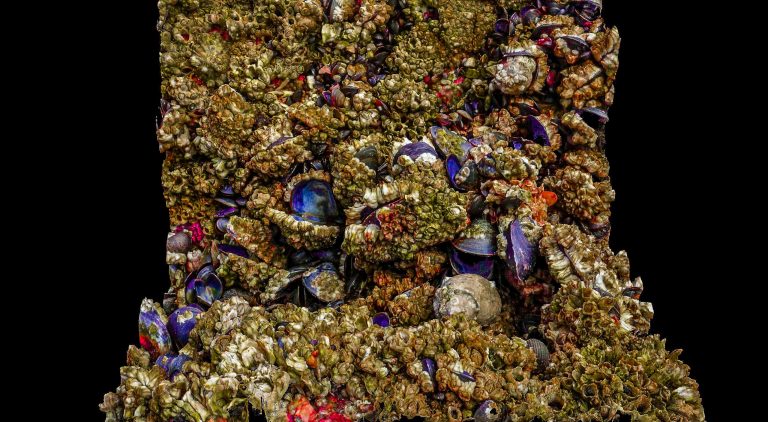 One of the directors of an Aberdeen-based subsea 3D scanning firm has been short-listed for a prestigious national photography award.

Chris Harvey, who founded Viewport3 with fellow director Richard Drennan in 2017, has been selected to display a selection of his work in the Royal Photographic Society’s (RPS) Science Photographer of the Year exhibition. Opening at the Science Museum in London on Monday 7th October, the exhibition will showcase the top entries in the Society’s competition to find the best scientific photography and photography of science.

Fusing his technical expertise in photogrammetry with a passion and talent for photography, Mr Harvey created a series of five coastal-themed images or renders – detailed, static 2D images of 3D models formed by pointclouds – for the competition. The series focuses on staples of the British coastline, such as creels, barnacles, seaweed and shipwrecks.

Two of these renders have been selected for the exhibition in London. As the only images of this type to be short-listed for the Science Photographer of the Year award, they are testament to Mr Harvey’s position at the forefront of this new genre.

The two entries selected – ‘Foreshore Shipwreck’ and ‘’British Rockpool’ – depict scenes from around the Aberdeenshire coastline, but not as you know them. Mr Harvey’s unique techniques in improving results from such scans reveals his subjects in fascinating detail, lending them a timeless, ethereal feel. 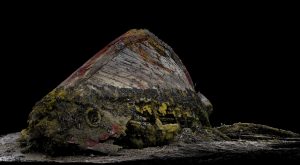 ‘Foreshore Shipwreck’ depicts a shipwreck that lies within the Ythan Estuary at Newburgh. Mr Harvey’s short-listed image captures the unique texture of the salt-washed timber, as well as the mulit-coloured carpet of seaweed that clings to the decaying structure.

‘British Rockpool’ portrays a section of a rock pool on Cruden Bay beach.  Mr Harvey explains how he created it: “What attracted me were the unique textures of the barnacles and other molluscs in a small area at low tide.  Having undertaken a full photogrammetric survey of it, metre by metre, I went on to process smaller sections and eventually produced this image.  The deep colours and geometric density of the shapes was mind-blowing – I have never seen such in-depth geometry in a pointcloud since.  I knew it was a good image once it fully rendered, and I felt that everything just slotted into place perfectly with this one – it was a great feeling!”

He went on to say: “At Viewport3 we specialise in capturing precise, technical-grade results which produce visually correct outputs, predominantly for high accuracy scanning with operators and marine contractors in the oil and gas industry. With my entry in the RPS competition I wanted to explore how these same skills and technologies could be applied to a more artistic endeavour, uncovering the breath-taking details that abound in the natural world.”

“I am an avid and enthusiastic photographer, whether I’m at work or not. At evenings and weekends I spend quite a lot of time exploring the nooks and crannies the North-east coast has to offer, looking for the unusual to photograph.  What fascinates me, now that I can 3D scan whatever catches my eye, is the geometry that becomes apparent when creating a 3D version of the object from photographs – shapes within shapes are revealed, truly altering the perspective of an object. I am very much looking forward to seeing my entries on display in the Science Museum in the excellent company of the other short-listed candidates.”

Dr Michael Pritchard FRPS, Director of Education and Public Affairs at the RPS added, “Visitors will be able to view aspects of the world around them from a scientific perspective, along with the invisible worlds revealed using specialist equipment and imaging techniques. The exhibition will also shed light on some of the more serious questions for which we look to science for answers, through thought-provoking images exploring human health, environmental conservation and the protection of endangered wildlife.

“The 70 images on display have been captured using a range of modern technologies. From radio digital telescopes and the latest medical imaging equipment to the ubiquitous smartphone. The exhibition showcases rare scientific phenomena as well as the science that affects our everyday lives.”

The exhibition runs from October 7th – January 5th 2020, with a private viewing for the exhibitors before it opens to the public.