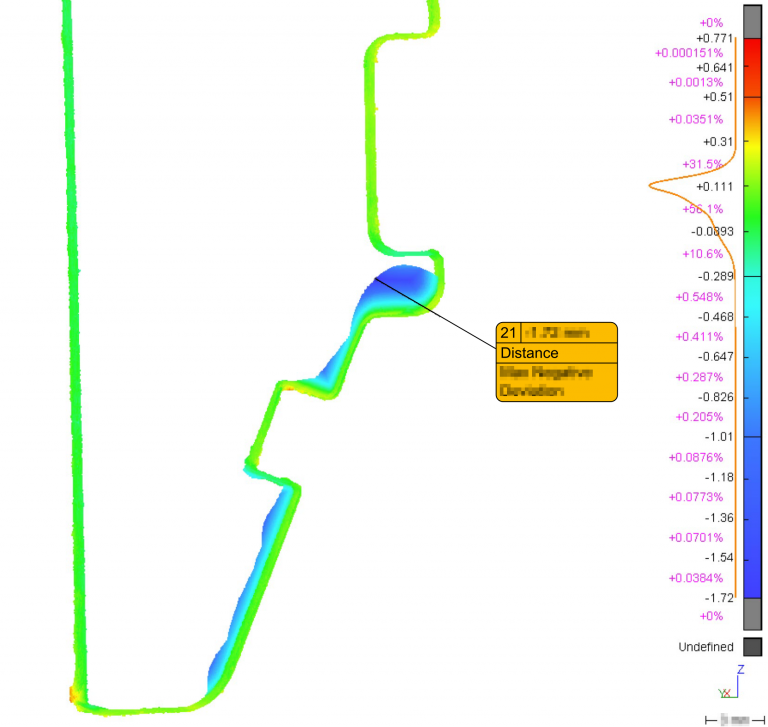 As operators demand ever increasing quality of inspection data in recent years, 3D scanning specialists Viewport3’s remote scanning service has been very much in demand. It continues to be sought-after as a highly efficient, reactive and cost-effective method of obtaining accurate subsea 3D scan data, which is then processed and analysed by the firm onshore.

The Aberdeenshire-based SME recently completed an urgent project remotely on behalf of an existing marine contractor customer, which has subsequently procured further work for them with a new customer.

On separation of the XMT from the wellhead, suspected anomalies were identified at the wellhead gasket preparation area. Viewport3 were tasked with creating a plan to perform 3D scanning of the underwater wellhead, as well as the recovered, failed gasket.

The urgency of this project meant there was no opportunity to send equipment or personnel offshore. As such, part of the Viewport3 team’s response was to request details from the offshore team on both the topside and subsea cameras available at the work-site. A subsea camera was identified as being capable of collecting a certain quality of data at the wellhead, whilst a topside inspection camera was made available for the photogrammetry efforts surrounding the recovered gasket. In the absence of pre-mobilisation briefing, it was also important to bring the ROV and topside teams up to speed with the requirements of the image capture criteria.

Viewport3 co-director, Richard Drennan, describes how they took the project forward: “On receipt of high-level drawings of the wellhead and the areas to be 3D scanned, Viewport3 immediately began work on an operational procedure which would guide the ROV and topside teams to the correct level of image capture. They also produced a ‘1st person’ 3D animation detailing the required ROV movement around the wellhead and datums.

A version of the wellhead gasket prep area was subsequently reconstructed in 3D, detailing both the size, orientation and datums for the two ‘wash-out’ anomalies. Topside capture of the recovered gasket was also carried out for preliminary results, with the gasket then being scanned in a fully optimised manner following delivery to Viewport3’s Aberdeenshire office, with an accuracy level in the tens of microns being achieved.

Fellow co-director Chris Harvey outlines the results produced for their customer: “We performed deviation analysis on both the gasket and the applicable wellhead area in order to understand changes between the original shape and the 3D scan. Anomaly dimensions and alignment confirmation were also detailed, showing that the two sets of anomalies (gasket and wellhead) did indeed line-up correctly and in accordance with the datum and alignment information provided by the ROV team.

“Ultimately there was no requirement for Viewport3 personnel to travel offshore, and no additional equipment was transported to or from the vessel, a testament to the flexible nature of our processes and the diligent work performed by the offshore team. We’re delighted to report that the customer has invited us to perform 3D scanning of the next XMT due for delivery to the project, at the manufacturer’s site in Aberdeen in an attempt to identify any challenges prior to delivery.”

The project highlighted the efficiency of having low-cost 3D photogrammetry ‘kits’ available during vessel operations to minimise the delays caused by such issues. This is now a further service offering that Viewport3 plan to roll out this year.