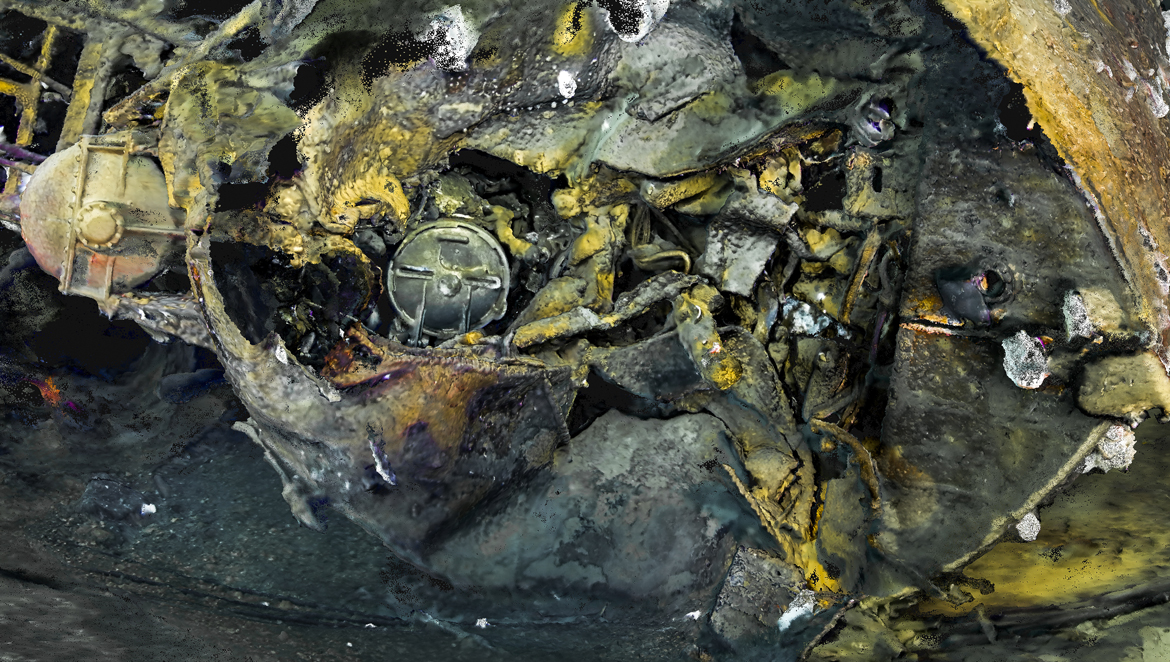 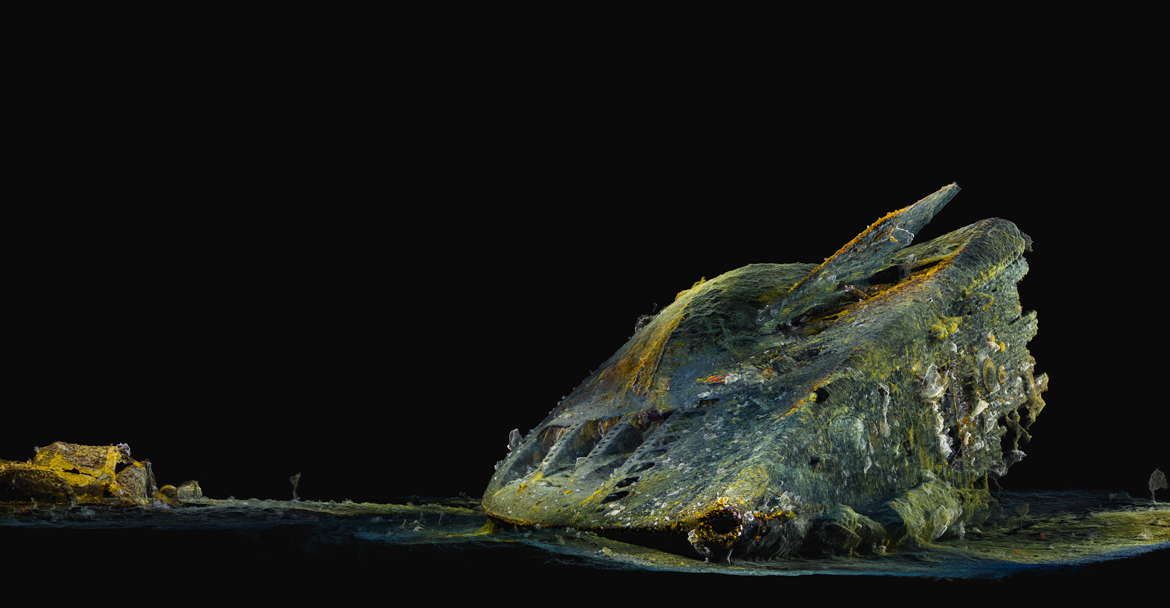 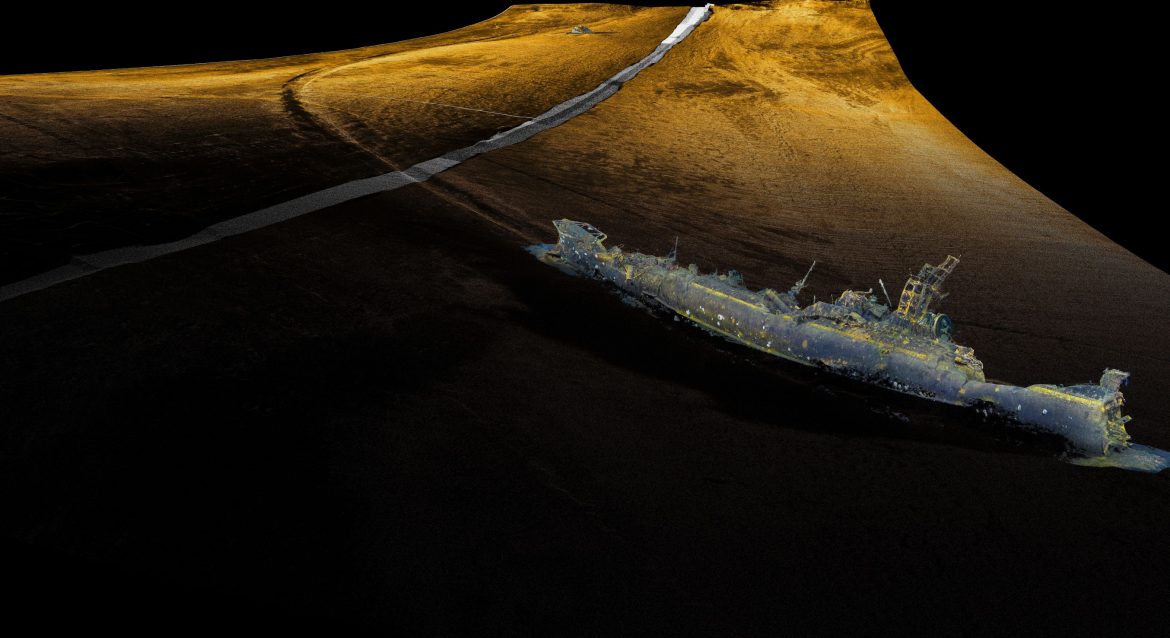 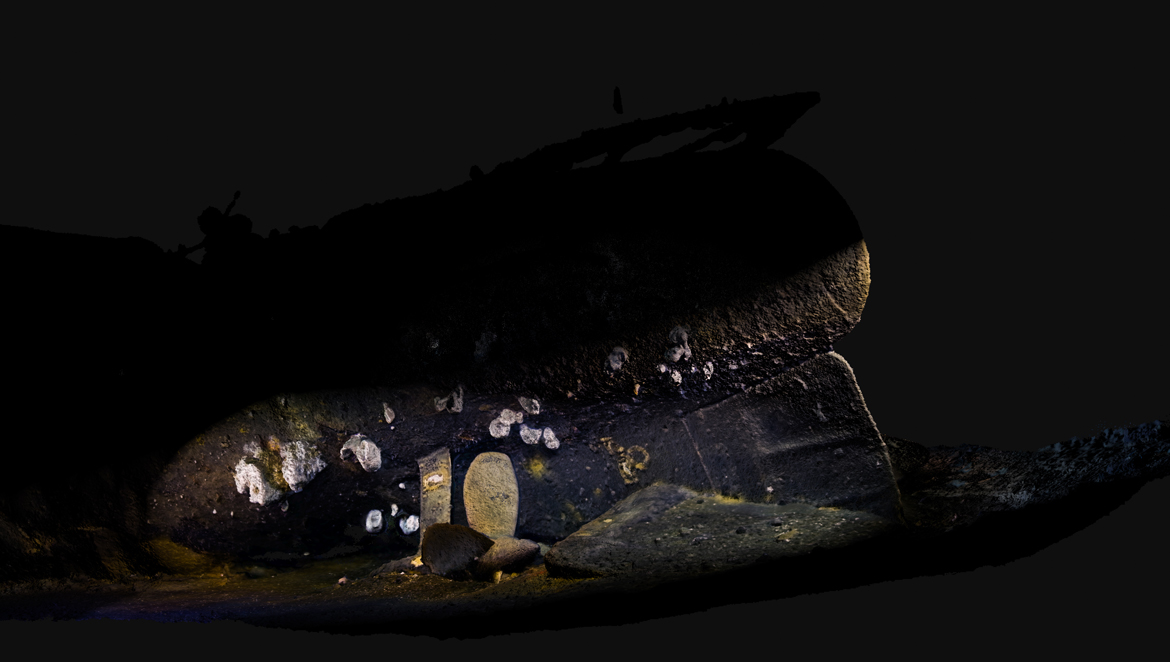 The Viewport3 team collaborated with eminent international explorer, Tim Taylor, to process pioneering underwater 3D scans on the bow and stern of a US submarine which was lost in 1942.

Viewport3 were contracted by Tim Taylor, CEO of New-York based Tiburon Subsea Services and founder of Ocean Outreach Inc, as part of his ongoing “Lost 52 Project”, which he states, “honours the men, their memory and their mission”.

USS Grunion (SS-216) was a Gato-class submarine commissioned on April 11, 1942. On her way through the Caribbean to her first posting in Pearl Harbour she rescued 16 survivors from USAT Jack, which had been torpedoed by a U-boat. Her first war patrol was, unfortunately, also her last. Sent to the Aleutian Islands in June 1942, she operated off Kiska, Alaska, where she sank two Japanese patrol boats. Ordered back to the naval operating base in Dutch Harbour, Alaska, on July 30th, the submarine was never heard from again. She was declared overdue from patrol and assumed lost with all hands, on October 5th, 1942.

When Tim and his team reached out to Viewport3 they asked for 3D data-sets of the USS Grunion’s bow for use in virtual and augmented reality outreach, educational programs and applications. Viewport3’s photogrammetry technology offered numerous benefits in comparison to conventional 3D recording technologies – non-destructive inspection of the site, optimal resource management and an inexpensive capture technique.

As an aid to understanding the submarine’s last moments, Viewport3 ‘fused’ the 3D data with the high intensity side scan sonar provided by the customer, showing the relative locations of both parts and, surprisingly, the mark made by the stern as it slid down the side of an underwater volcano.

Viewport3 worked on the extensive project over a period of 4 months, processing 25 hours of HD video of varying quality, frame by frame. The total input for the project was a staggering 5.3 trillion pixels.

Co-director of Viewport3, Chris Harvey, developed several new methods of using digital imagery in order to transfer the data into 3D geometry, and process it to create 3D outputs that can be studied and shared globally, without the need to be on-site.

A wealth of information was made available and shared globally, opening the door on discovery and expeditions at these unique locations.

As the USS Grunion is the final resting place for 70 sailors, Viewport3 played a role in commemorating their sacrifice, and in bringing closure for their loved ones.  The US Navy Heritage Command commented that they were impressed with Viewport3’s work on the project.

Tim Taylor said: “Viewport3’s proprietary scientific approach extracts geometric information from equipment that is already integrated in most of the modern underwater remote filming systems. It is revolutionary. Spending a short time on site collecting a comprehensive 3D historical baseline model allows archaeologists and historians to spend months back in the lab performing detailed archaeological work. This truly is the future of underwater archaeology. We hope this latest data – with its unprecedented accuracy – will help us to explain what happened to the USS Grunion, as well as honour the entombed sailors.”