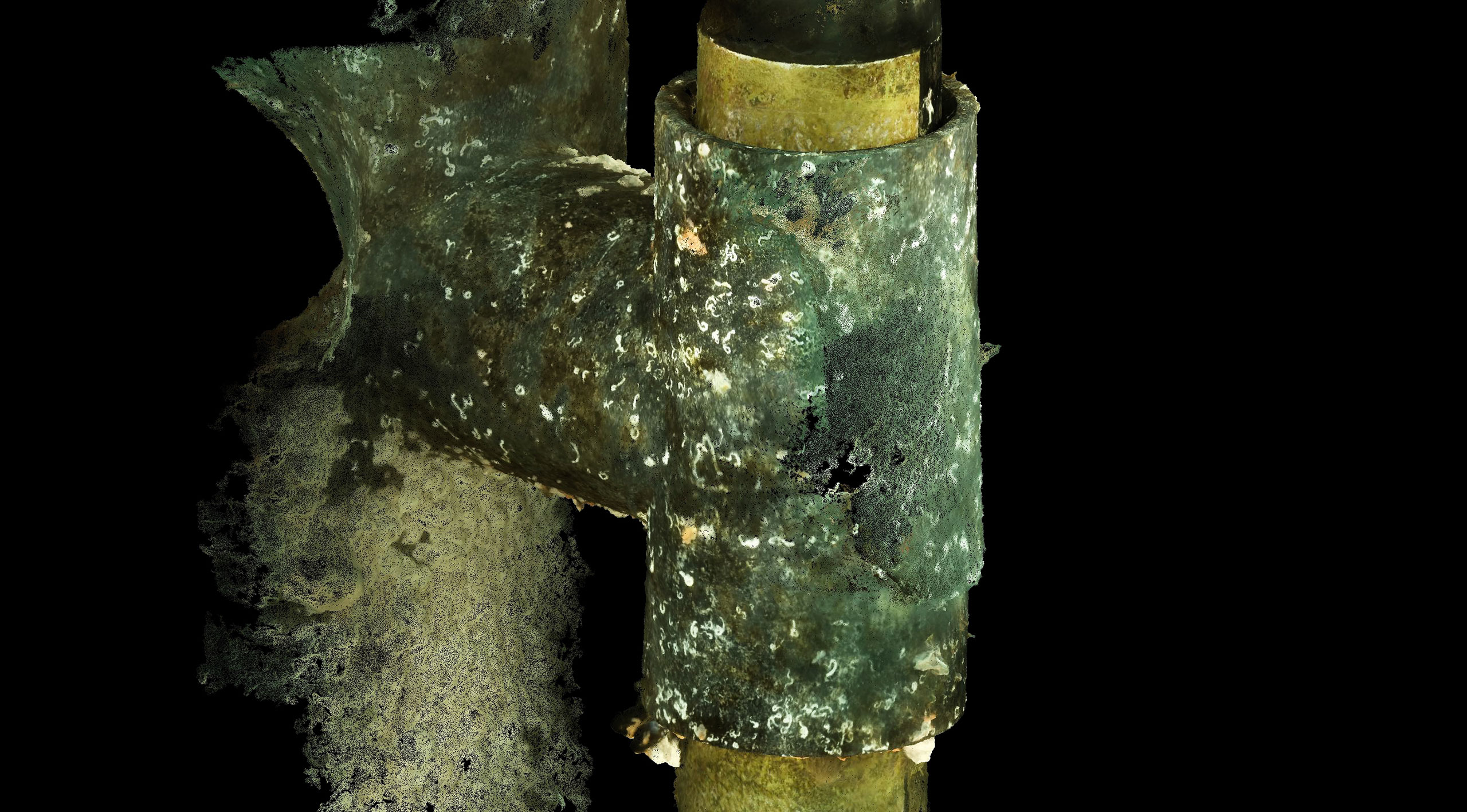 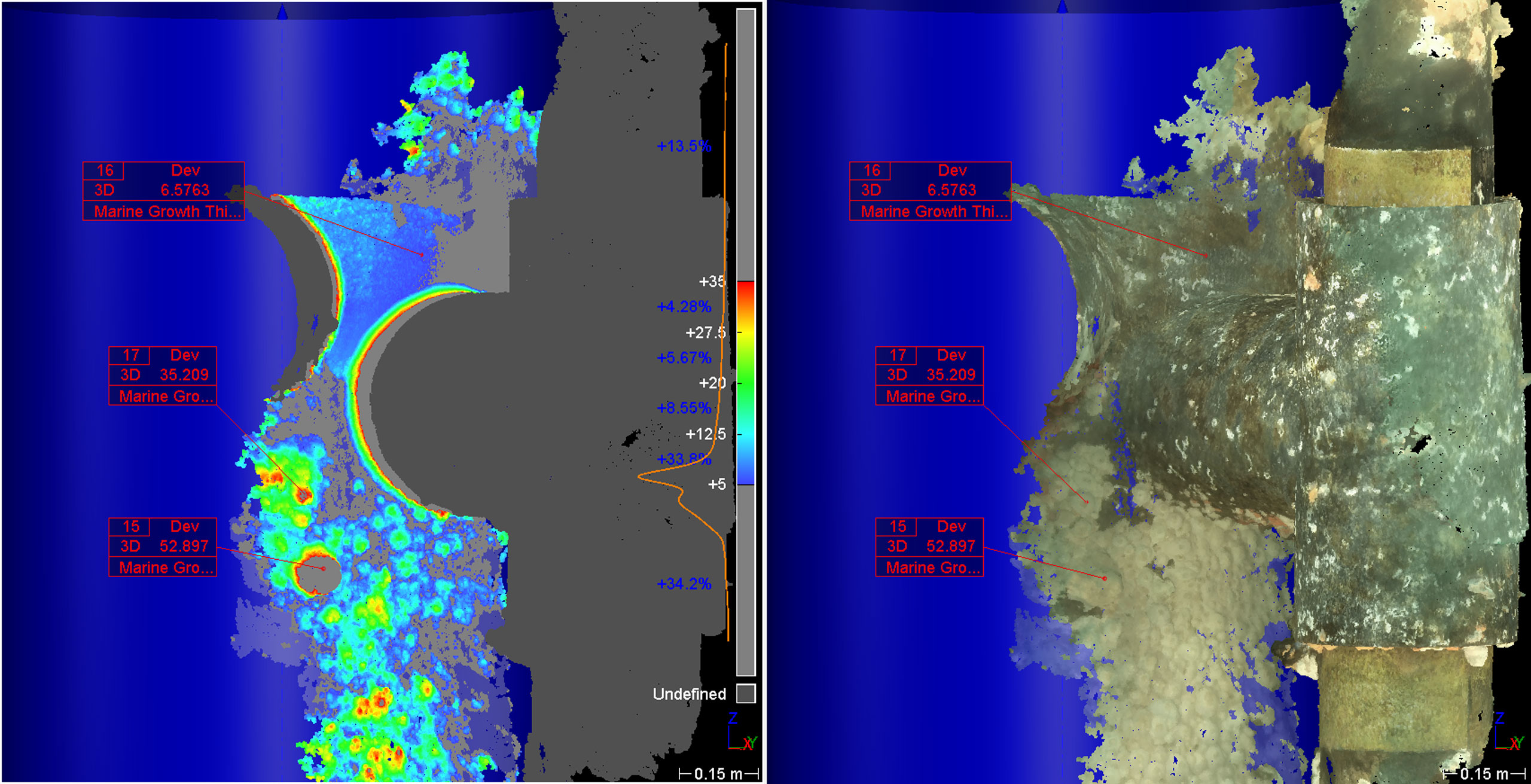 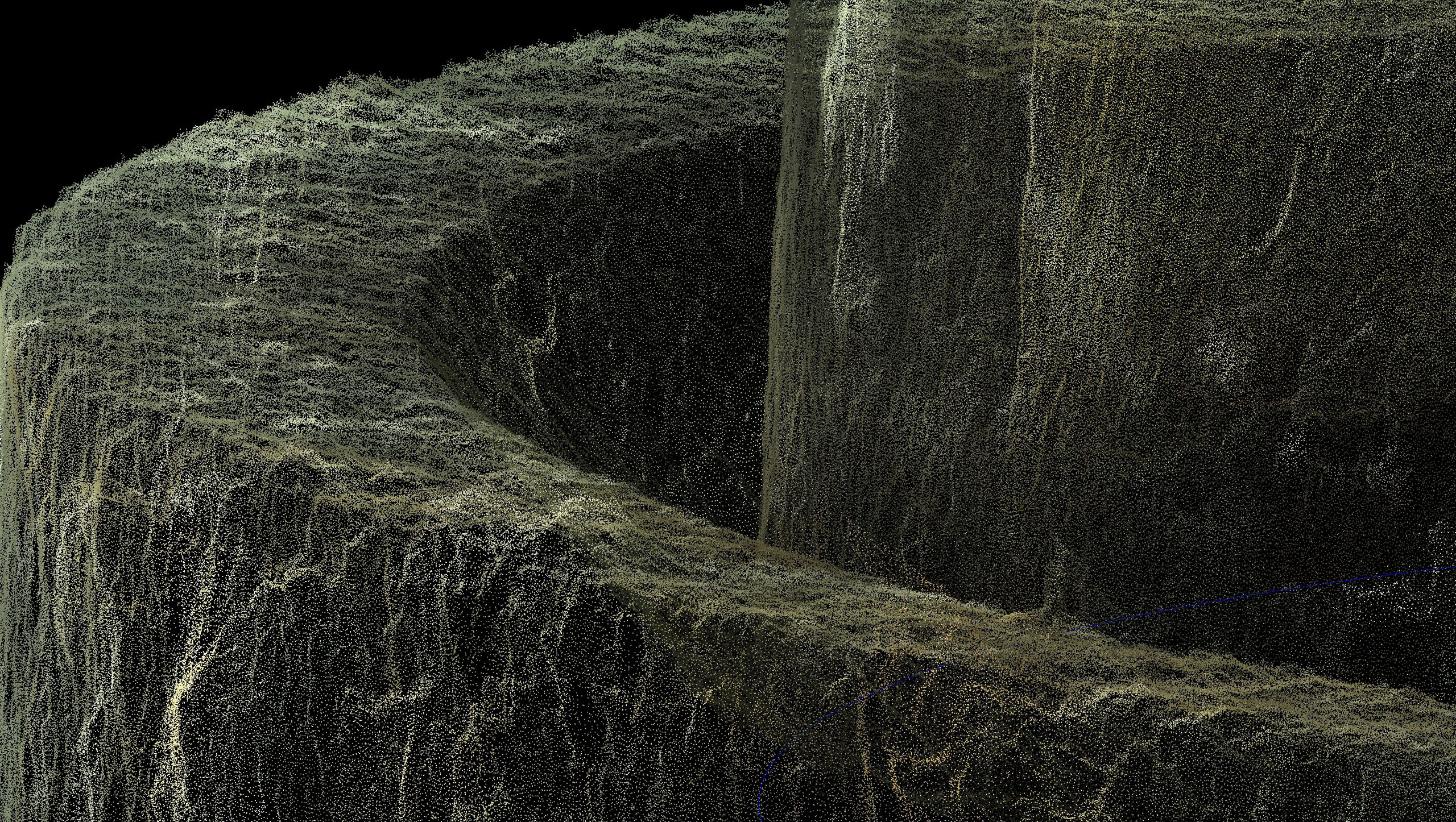 We were approached by the North-Sea office of an international Anglo-Dutch operator in Q2 of 2018. The customer had two separate issues which required dimensional checks to be carried out in order to better understand the repair and rework required to correct and certify the anomalies.

We were selected to carry out the 3D reconstruction and subsequent engineering analysis of the anomalies, and to provide reports to the customer.

Unlike 3D capture sessions completed using on-board engineering support, the challenge experienced with legacy video footage is that the capture methods and photographic equipment cannot be improved or affected in any way. The capture is complete, and usually wasn’t taken with 3D reconstruction in mind. The key to realising new value from legacy video data comes from Viewport3’s efforts to optimise the data as far as possible.

Artificial Intelligence, bespoke software work-flows and manual intervention methods exclusive to Viewport3 are applied in order to clean the data, improve the pixel quality, and remove any static obstructions and other objects not intended as part of the reconstruction scene.

During the analysis, the methods and application of scaling to the scene is detailed to the customer, in order to allow them to make their own assessments in terms of the data-set accuracy.

Such are the costs experienced when operating offshore, it is not necessary to remove a great deal of dive, inspection or vessel time from a campaign in order to realise huge value from Viewport3’s legacy video scanning service. Planning activities, interface details and even diver / ROV pilot training can be greatly enhanced to ensure best possible efficiency levels during project execution.
It is also reassuring to clients to know that the video inspection is performed by 3.4u underwater inspector qualified personnel.

The project was completed successfully, and both campaigns benefitted from a clearer understanding of the subsea 3D geometry.

For this project, Viewport3 reconstruction techniques were used to further develop footage that the customer already had, into a high value 3D data-set.

An upcoming inspection campaign included a requirement to collect measurements of the riser-clamp anomaly in a time-consuming fashion. The 3D reconstruction and subsequent analysis completed by Viewport3 provided the dimensional data that such a dive would have collected. Consequently, the inspection could be removed from the campaign, saving offshore time and effort.
For the ROV panel task, the customer had failed to fit an ‘override tool’ to an ROV interface during a trial. Viewport3 were able to reconstruct the 3D geometry from the legacy video footage and provide a dimension details for the area in question. Viewport3 were also able to confirm and show that the suspected interface clash did not exist, and would not hamper efforts to mate the electro-hydraulic stab-plate to the tree interface plate.

The project was very helpful in achieving our goal of demonstrating the value of legacy footage to the oil and gas industry. We have since worked with many legacy video data-sets and are pleased with the positive responses we receive from our often surprised end-customers.

Many of these customers have now gone on to utilise the legacy video service for ongoing projects and commonly look for applicable footage when discussing or assessing subsea work campaigns. Legacy video offers huge value to the decommissioning sector, as we look to better understand subsea hardware to enable us to interface with it to enable retrieval.

The data delivered during these projects provided the customer with a conservative estimated saving of 1-2 offshore / vessel days, for a 4-figure outlay. Alongside the savings in offshore / vessel time is the re-assurance of better understanding the shapes encountered subsea. In many cases, a more assured understanding can negate the need for any contingency plans or equipment to be in place, further helping to control project spend.