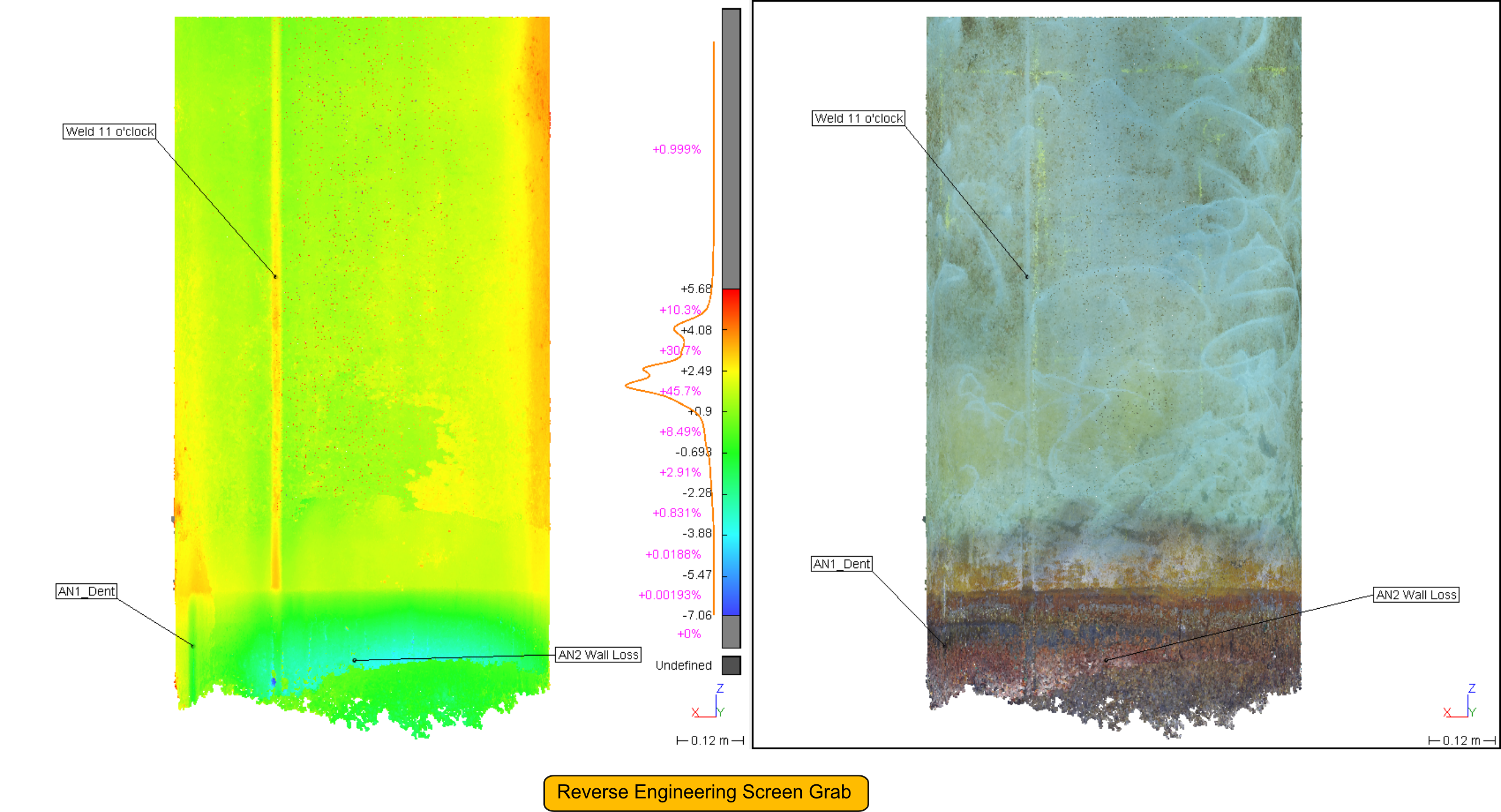 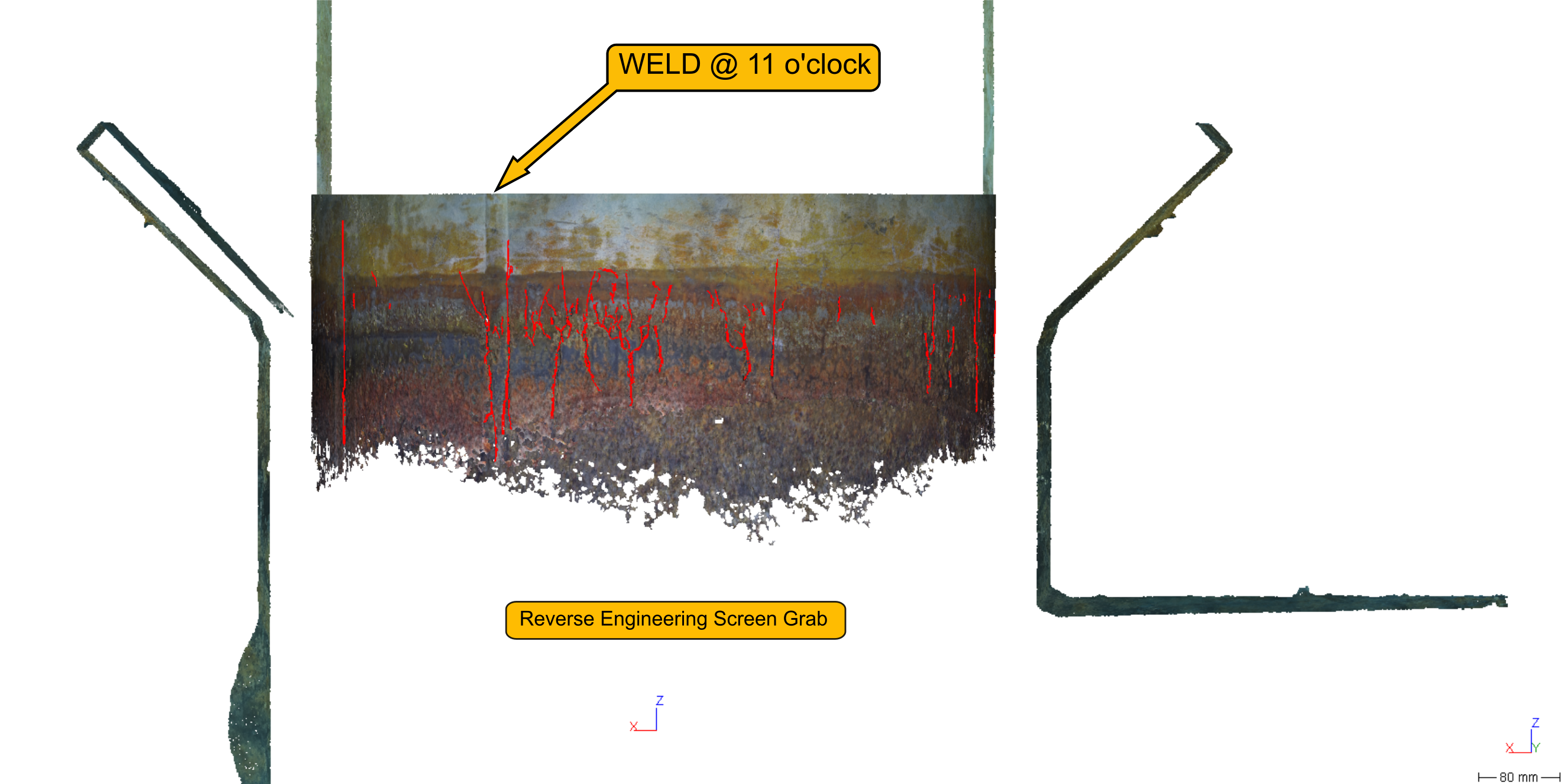 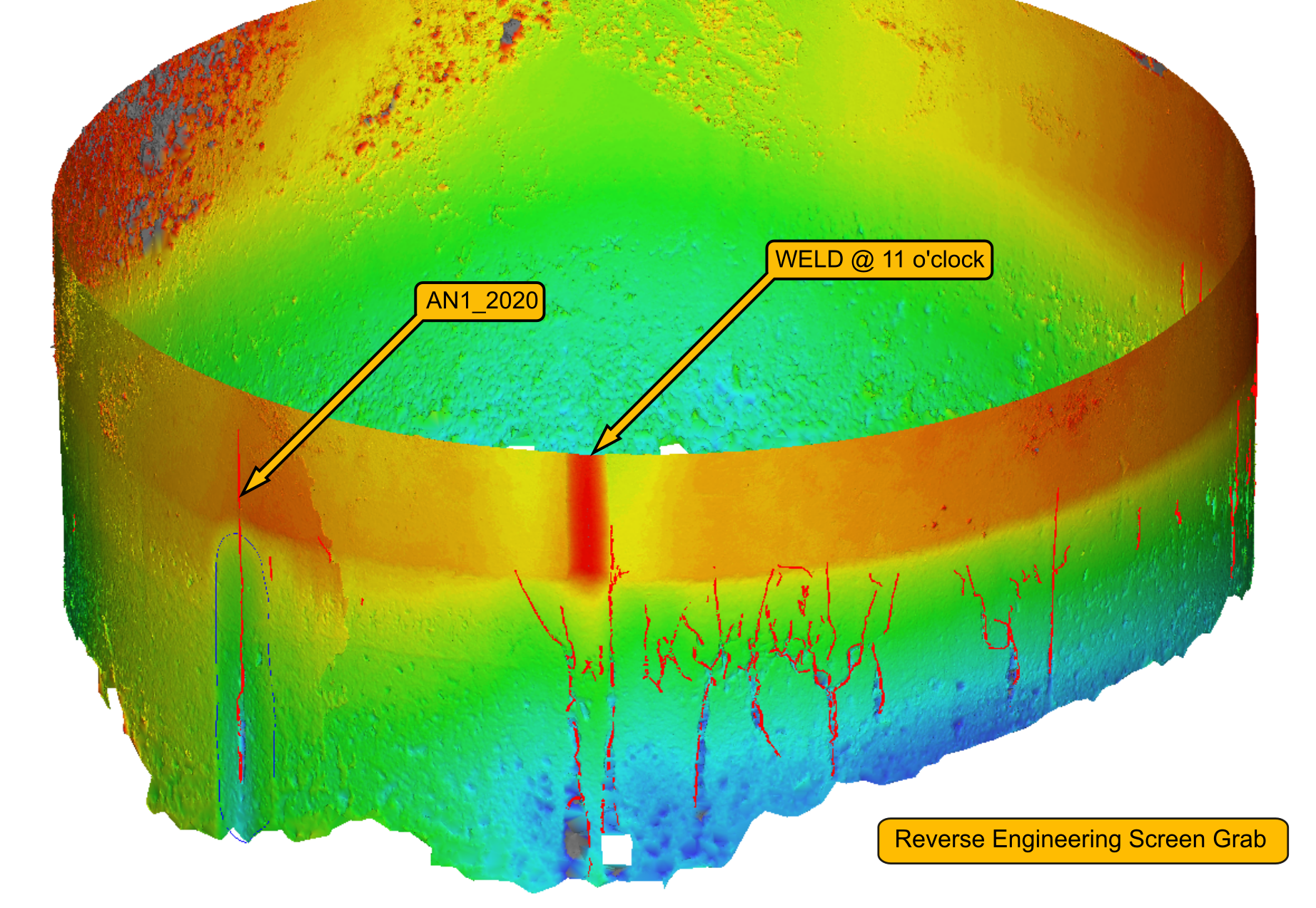 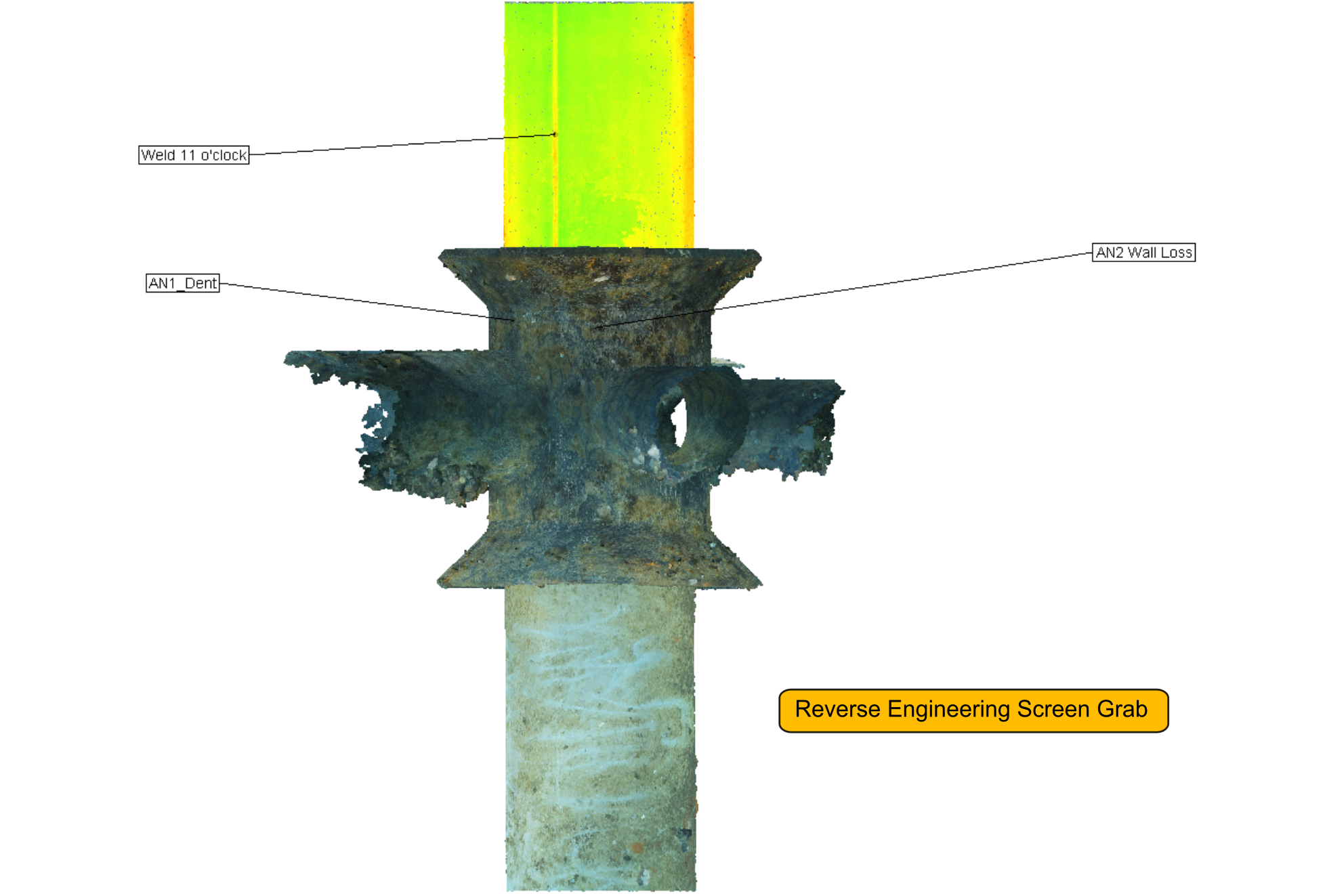 We worked directly with a returning customer to reconstruct an anomalous area of a North Sea conductor in 3D, using two sets of existing ROV video footage, taken 6 months apart.

Following reporting from their second video inspection, ROV inspectors determined that the main ‘crack’ in the conductor had not propagated (grown) in a 6-month period between inspections, with both reports listing the crack as ‘approx 10cm’ (which was arguably correct). However the quantifiable nature of the 3D data enabled actual measurements of the crack at two different timestamps, revealing that it had in fact, propagated by almost 50% in that period, (going from 8cm long to 12cm long)
This issue in question was further complicated by the fact that the footage used for the reconstruction was ‘ad-hoc’ ROV inspection video, meaning that while it did reconstruct in 3D, it did not achieve the same quality and level of accuracy as that of a planned, specialised 3D scan activity.

Viewport3 were subsequently asked to perform a purposed, high-accuracy scan of the relevant area of the conductor, and this was completed alongside a hugely experienced and efficient Fugro ROV team.

Viewport3 were able to advise of further crack propagation, as well as a number of additional issues including fretting and material loss. A scan of the conductor guide frame was also performed, allowing us to advise the customer that the existing clamp design had a tolerance that may be deemed as too tight.