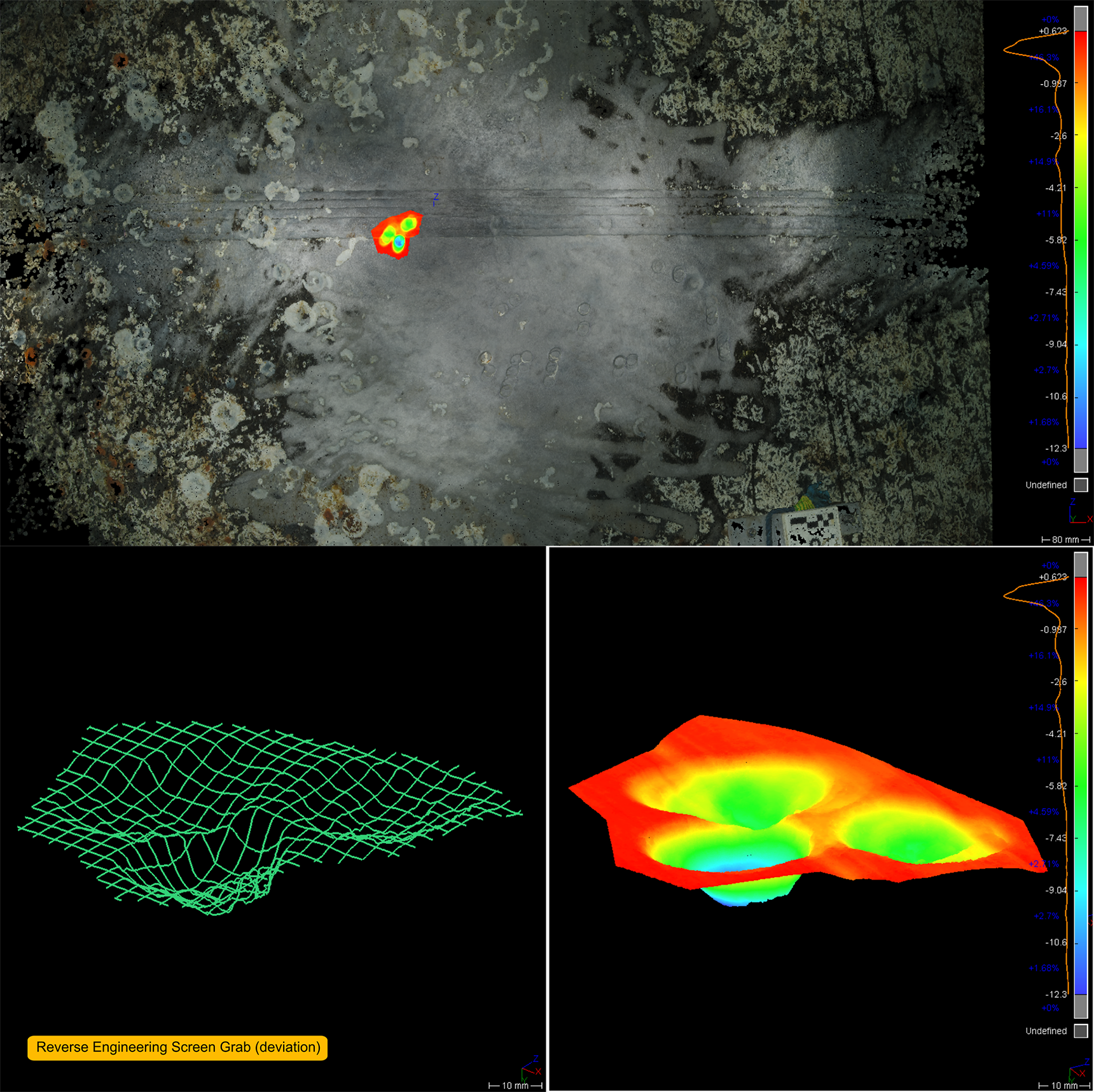 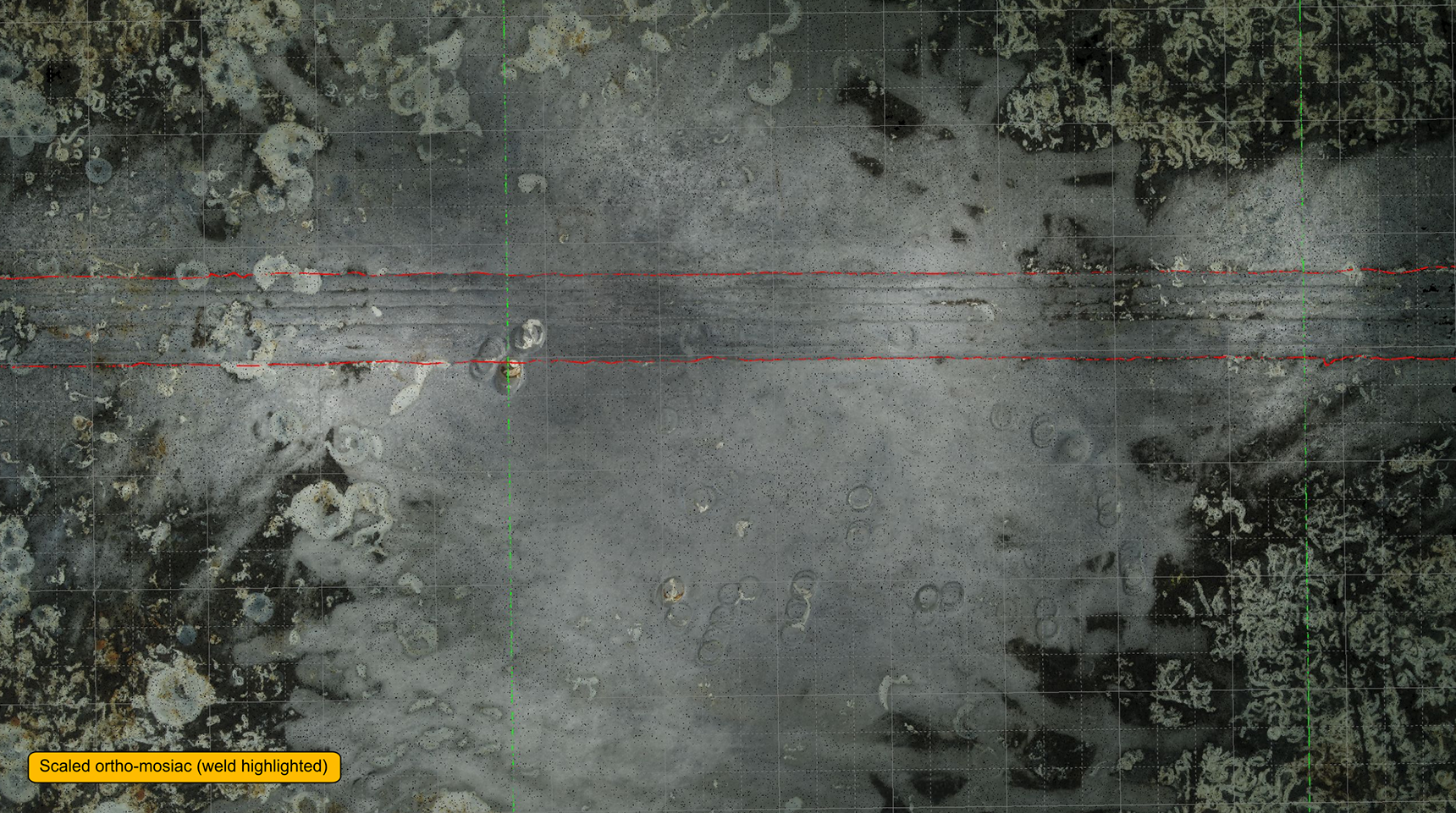 During regular inspection activities, a series of unusual ‘pits’ were identified at the leg of an oil and gas platform in the UKCS. These were found to be caused by a non-native species of marine biology.

The anomalies were very small and as such this had to be factored into the planning of the task, determining that we’d want the ROV to be pretty much nose-to-nose with the anomalies. The type of marine growth also affected the scanning process, with the necessary rotary brushes leaving an undesired finish on the bare metal.

Viewport3 proposed a method of 3D scanning that would offer extremely high resolution and accuracy, as demanded by the very small but important anomalies. The lighting arrangement was also redesigned in order to negate the effect of the surface texture left following the cleaning activities.
Equipment was mobilised and the project actioned as a ‘remote-capture’ i.e. Viewport3 supported the data collection from the shore, reviewing and reconstructing based on cloud upload from the vessel.

The project was an unmitigated success, so much so that the 3D information set a new accuracy record of 0.06mm for Viewport3 in the North Sea. Such is the quality and reliability of the data collected, it now provides a basis of deviation mapping – an automated process which compares the data across the same 3D shapes collected at different times. This enables a full understanding of any future propagation and also satisfies ‘class’ requirements.