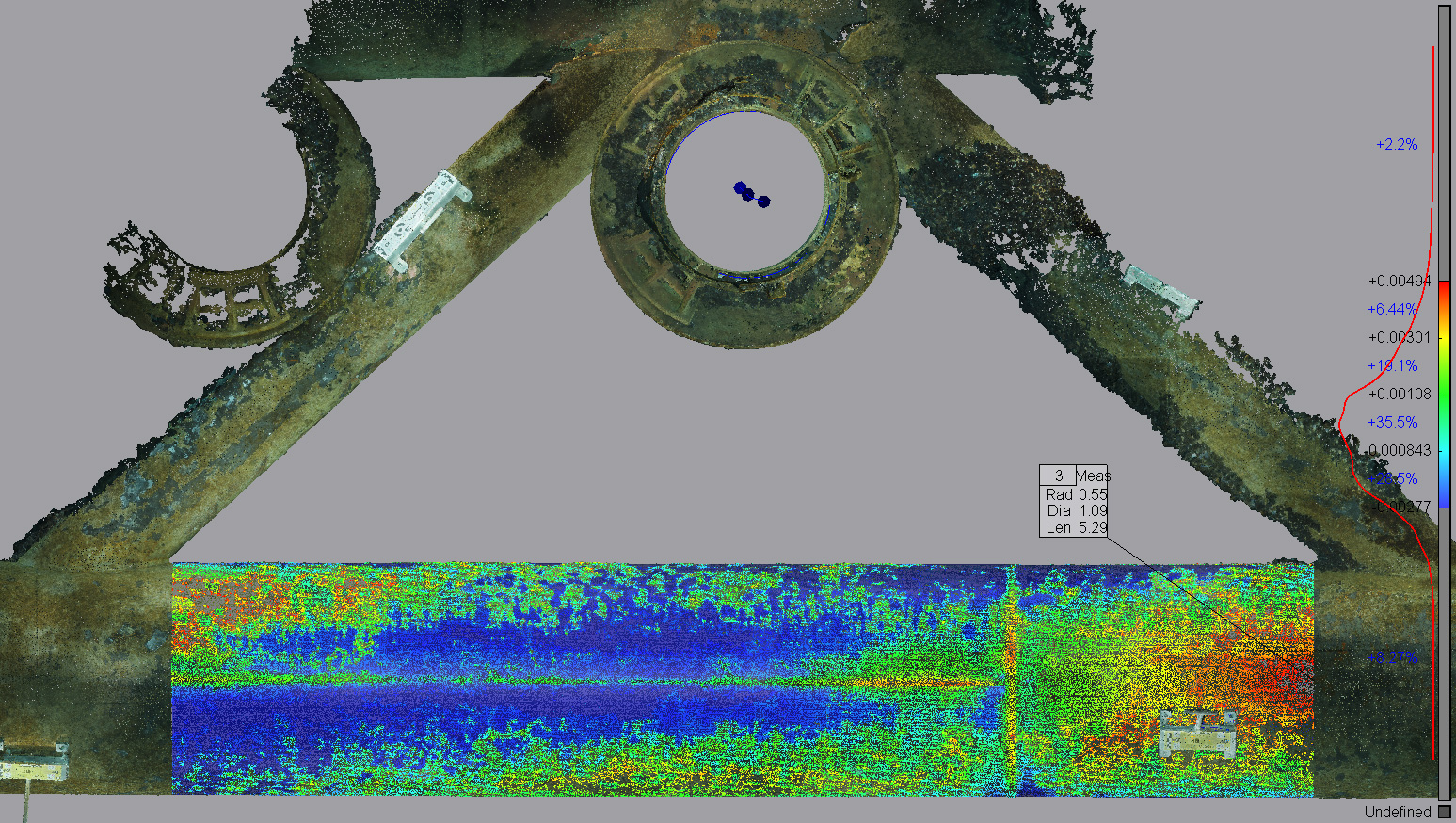 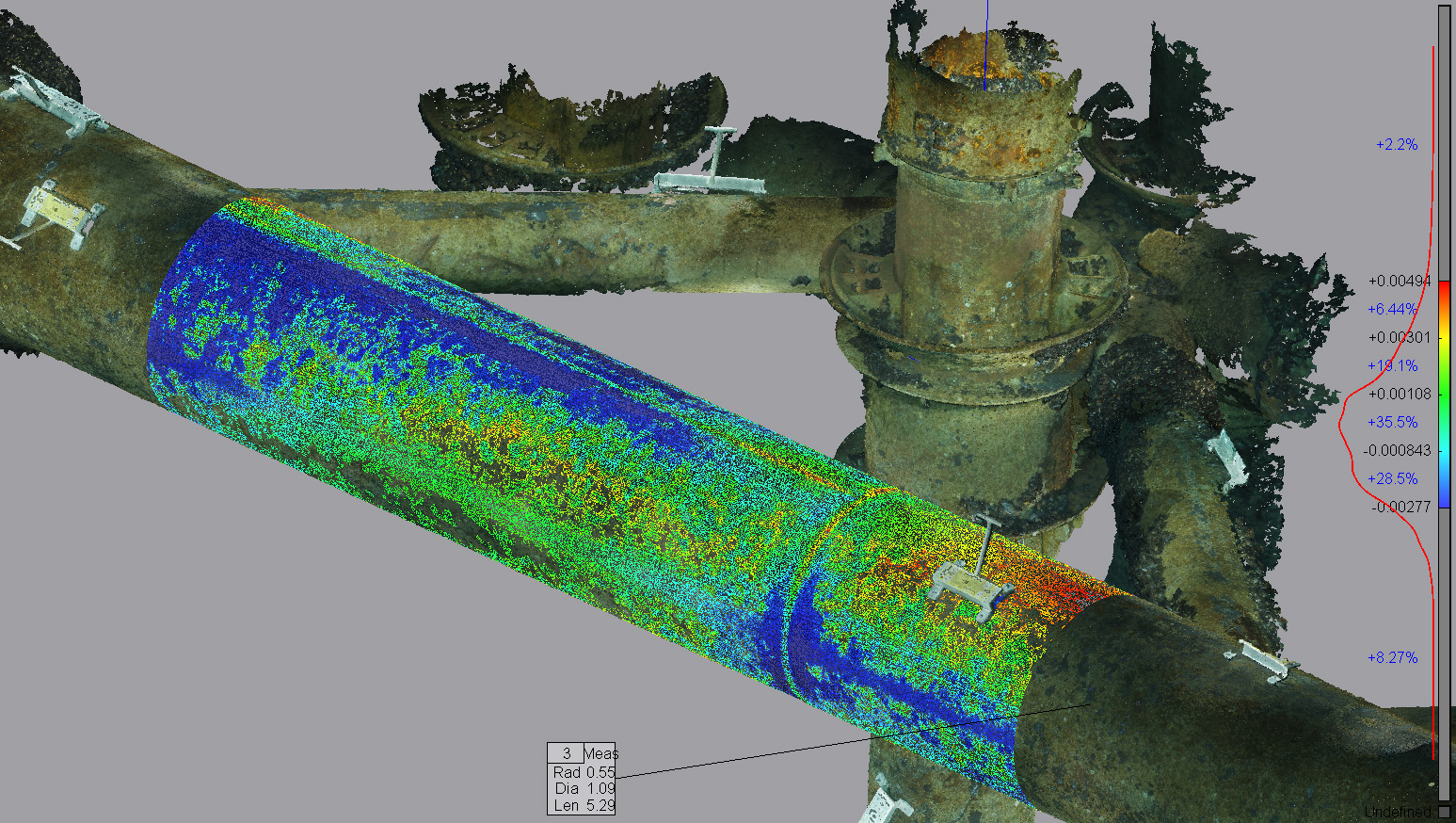 During a proactive inspection campaign of one of their jacket platform assets, a North Sea based operator identified a need to re-brace a conductor following identification of a structural anomaly.

The operator recognised the need to re-strengthen the conductor guide, while simultaneously understanding the ‘as is’ state of the surrounding members for design of the retro fit clamp.  Consequently, a 3D scan of three members and conductor in their current position was commissioned.

Significant changes in the asset geometry had taken place over time. In the context of a late-life extension project being drawn up, it was imperative that the client had confidence in extending the asset’s life.

As a result, the Viewport3 scanning system was selected as the go-to method for uncovering the ‘as-is’ status of the target object, which would then facilitate the design and manufacture of a retro fit clamp.

Time was the greatest challenge in this project – both the required time-frame for carrying out the work offshore, and the tight turnaround in submitting the data to the engineering house.

The solution was as straightforward as possible. With a vessel of opportunity, a friendly marine contractor, and one observation class ROV at our disposal, a spell of good weather enabled the team to get the scan completed.

The team completed onshore system integration testing with observation class ROV identical to the one intended for use offshore.  This would facilitate comprehensive fact finding, which would in turn speed up the operation phase.

Viewport3 mobilised a team for the offshore operations to ensure highest accuracy results within the requested time frame,

Having spent time onshore with the customer at the outset of the project, the offshore phase was conducted in less than 5 days and results of the scan were verified offshore.

Analysis of the 3D data revealed the weld cap locations as requested by customer, but also a number of other anomalies surrounding the upcoming task.  This information was invaluable to the design house, enabling them to design a fit-first-time clamp.

The time frame from Purchase Order, SIT, offshore trip and delivery of the data was 18 days.

Three dives were undertaken with the ROVs, consolidating the time needed to capture the data for the client.