3D subsea scanning – the devil is in the detail

3D scanning is fast becoming the energy industry’s go-to measurement methodology for subsea and other challenging environments. It is, however, a wise operator or service provider who understands that no single method or equipment spread covers all scenarios.

Viewport3 specialise in the projects that are technically challenging, the ones where there is simply no margin for error. The Aberdeenshire-based firm provides 3D scanning and reverse engineering services – using digital cameras to obtain technical grade point-cloud data, which they process into 3D datasets to produce straightforward reports and geometric outputs.

To date Viewport3 have worked on twenty projects whereby the virtual 3D data they captured was used as the basis for retro-fit design for items such as strengthening clamps, manifold amendments and replacement of hardware for which no CAD information exists. Why are accuracy and reliability so important? Because it means the customer can confidently design their hardware solution in such a way that that they know it will fit first time, saving vast sums in vessel days and negating contingency plans during the install campaign. Viewport3 have dubbed this ‘wrap-around design’ and it is the go-to solution for their customers who have used it previously.

During an ‘as-laid’ inspection of a recently installed flexible riser in the Norwegian North Sea, the operator’s marine contractor found a small section of the riser to be mis-shapen, thought to be caused by the installation equipment.

In collaboration with an international marine contractor, Viewport3 performed a high-accuracy 3D scanning operation aimed at recording the ‘new’ shape of that particular section of riser.

The capture was organised in a ‘remotely managed’ configuration, whereby the imaging equipment was issued to the marine contractor, alongside a guidance procedure and 3D guidance animation.
With no opportunity to excavate around the site of the anomaly, it was crucial that the image set also captured the interface between flexible and the seabed as accurately as possible.

A virtual meeting was held to ‘walk’ the ROV team through the operation, whilst highlighting best-practice in terms of collecting technically valuable images.
The data was then reconstructed in 3D. As well as standard geometric analysis reporting, Viewport3 also provided 2D ‘slices’ of the riser profile at pre-defined intervals, helping the riser manufacturer to understand the shape and magnitude of the damage.

After completing virtual analysis and effect simulations based on the Viewport3 provided data, the riser manufacturer advised that the hardware was serviceable, and would remain so if the riser could be retained in its new shape and not allowed to ‘relax’ with the passage of time.

Subsequently, the Viewport3 data was deployed a second time and used as a basis to manufacture a clamp for the riser, which would hold the item in a manner that matched the non-primitive geometry at the area of the anomaly. Two black lines on the flexible were also transformed and represented as CAD entities, helping the customer organise a correct method of aligning the clamp during installation.

Viewport3 were glad to hear that the field was subsequently brought into production in Q3 of 2022.
It is estimated that the cost of replacing the flexible riser would run into the millions of pounds, dwarfing the cost of applying a fit-first-time retaining clamp, based on real-world 3D geometry extracted by the Viewport3 process. 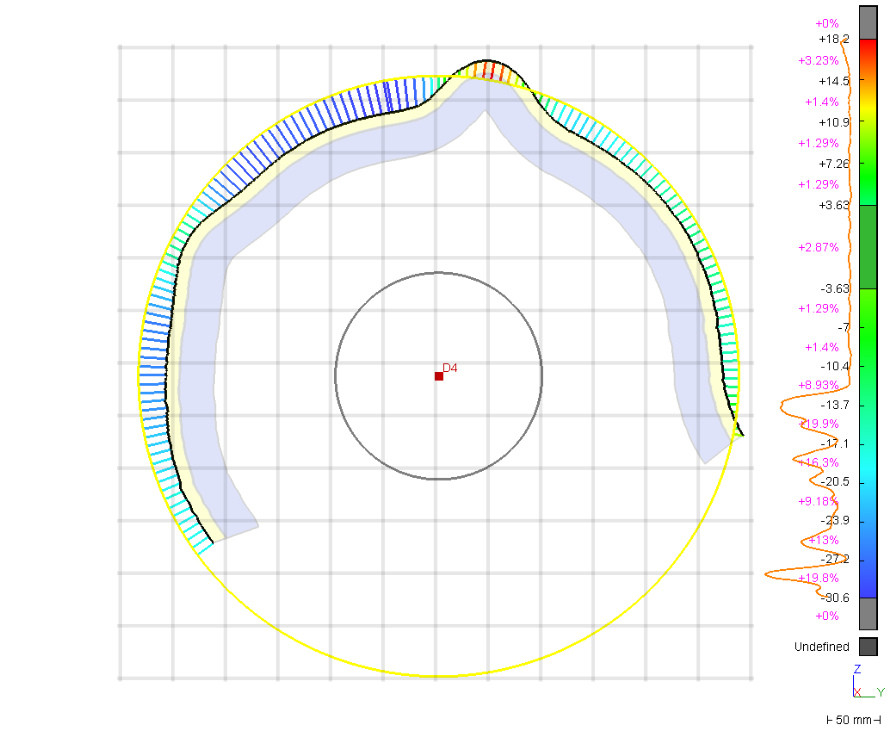 Prior to modification works on the hull of an FPSO, a North Sea operator identified a need to plug two open ‘seatubes’ in order that modification works could be conducted on the water handling system. With no original CAD or drawings of the item available, the client required a 3D scan of the area to help with the design of the plugs

The near 90-degree bend immediately inboard of the seatube opening had not been documented, meaning the customer was also unaware of how far into the seatube any plug could be inserted before the bend was reached.
As a result, it was not immediately apparent how an ROV might approach the work site whilst achieving the necessary angles for correct cleaning and image capture.

The capture was planned and executed remotely, whereby the imaging equipment was issued to the marine contractor, alongside a guidance procedure and 3D guidance animation.

A virtual meeting walked the ROV team through the operation, highlighting best-practice in terms of collecting technically valuable 3D geometry.

Changes were also made to the method by which the ROV held and manipulated the cleaning and image capture equipment, so as to address the challenging angle on the bottom of the vessel hull.
The data was then reconstructed in 3D. As well as a standard geometric analysis reporting, Viewport3 also provided angular (pitch and yaw) information, due to the pipework not being perpendicular to the seatube opening.

On completion of the 3D reconstruction, the data was subjected to 3D point cloud analysis and reverse engineering to the satisfaction of the customer. The design and manufacture of the temporary plugs proceeded and was followed by a successful and efficient installation campaign. 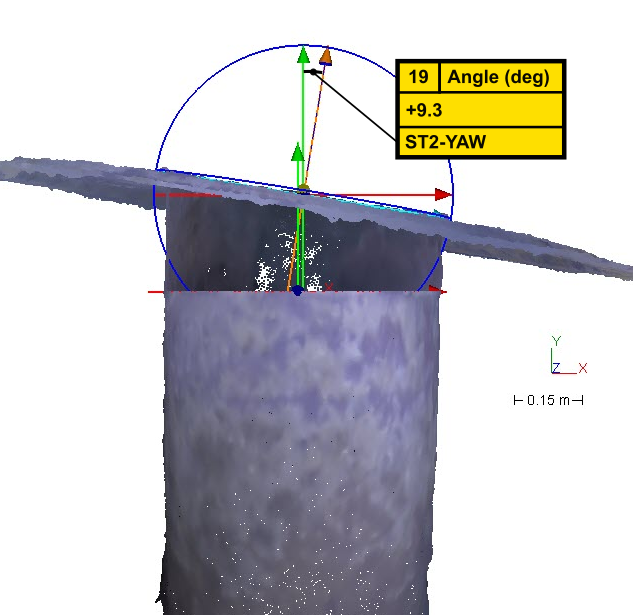